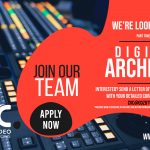 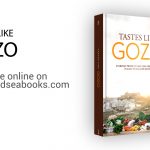 It’s award No 42 for CVCMEDIA

as our small enthusiastic team, this time round, gets recognised for its overseas journalism features for 2018 by the Institute for Maltese Journalists.

A big thank you goes to all the team members, collaborators and programme sponsors.

Special mention must also go to the enchanting Lago di Como, one of several destinations well documented in our Malta u lil hinn minnha series on Tvm

which was chosen as winner.

FULL / PART-TIME POST
send us your CV and your latest reel on [email protected]
we are looking for someone who has…
* Knowledge of Premier Pro, AfterEffects, DaVinci Resolve, Photoshop and Media Encoder
* Experience with data-wrangling, ingest settings, transcoding, video codecs and formats
* Knowledge of video archival through media asset management platforms
* Shooting and knowledge of standard industry camera systems would be a bonus
* Proven experience within the broadcast, editorial or related content industry would be a bonus

A documentary series which will literally open the access to buildings and institutions that are normally out of bounds. The programmes will feature a wide array of destinations and will include palaces and houses of character, religious institutions, historical sites as well as industrial facilities in which filming is usually restricted. Each programme sets out to explain the use, past and present, of these buildings which together form part of the tangible heritage present in Malta. This CVC media production will be presented and coordinated by Mario Coleiro and will be produced and directed by George and Alvin Scicluna.

The special award for best use of the Maltese language in our TV programmes now enhanced with subtitles in Maltese for the hearing impaired, and the winners in the broadcast journalism category promoting tourism.

The latest 2 national awards are nos 39 & 40 in our 30 year old adventure in broadcasting!

Dedicated to ALL the team whether in Gozo, Malta and overseas, contributors and guests, programme sponsors, televiewers and fans, and Pbs.

CVC media is finalist in six categories of the 28th edition of the Malta Journalism Awards, organised by the Istitut tal-Ġurnalisti Maltin. The winners will be announced during the final awards night in May.

CVC Media is this year celebrating its 30th Anniversary. It grew from a one-man production house to a fully-fledged company offering TV and various audio visual productions.

CVC Media would like to share this feat with its team, all programme contributors, programme sponsors and advertisers, as well as PBS – the national broadcaster.

Between early spring and the first weeks of autumn, no less than five film crews who form the backbone of CVC Media, travelled for around 2,500 kilometres in the regions of northern Italy to film and document the story of a river…. Italy`s longest: the River Po. The 32 five minute mini documentaries will be regular weekly features in the 2016 – 2017 Malta u lil hinn minnha. Their style and content vary – just as the river Po meanders along its 650 kilometres from the Alps to the Adriatic.

The mini documentaries feature the high plateaus of the Alps, the mountain hamlets, several cities well known for their arts, history and culture like Moncalieri, Torino, Piacenza, Cremona and Ferrara, as well as small towns and villages that form the backbone of hard working communities in the Valle Padana and the Delta del Po.

The team was led by Alvin Scicluna who also researched and scripted the features. Ezio Sara`, CVC`s location manager in Italy coordinated the filming programme from start to finish. This venture, which was also acknowledged in the Italian media, will remain an everlasting experience for all the company`s personnel who were involved in this overseas adventure.

For yet another year, CVC Media`s Malta u lil hinn minnha has once again been voted Malta`s best TV cultural programme. This award, organised by The Malta Institute of Journalists, is a welcome and fitting recognition to CVC Media`s nonstop efforts in promoting the many different aspects of the identity of the Maltese islands. The programme regularly presents features that expose the arts, history, culture, food and the natural environment that together make the Maltese islands unique. Moreover, this past winning edition also presented many success stories achieved by Maltese emigrants living in Australia…all filmed on location by CVC`s filmcrew.

The producers would like to thank all those involved…presenters, researchers and script writers, technical personnel and overseas logistic coordinators who, together, succeeded to produce and present this marathon cultural programme on a weekly basis.

Due credit also goes to the many programme sponsors and to Public Broadcasting Services Ltd who, since the programme inception, believed in us.

This website uses cookies to improve your experience while you navigate through the website. Out of these, the cookies that are categorized as necessary are stored on your browser as they are essential for the working of basic functionalities of the website. We also use third-party cookies that help us analyze and understand how you use this website. These cookies will be stored in your browser only with your consent. You also have the option to opt-out of these cookies. But opting out of some of these cookies may affect your browsing experience.
Necessary Always Enabled
Necessary cookies are absolutely essential for the website to function properly. This category only includes cookies that ensures basic functionalities and security features of the website. These cookies do not store any personal information.
Non-necessary
Any cookies that may not be particularly necessary for the website to function and is used specifically to collect user personal data via analytics, ads, other embedded contents are termed as non-necessary cookies. It is mandatory to procure user consent prior to running these cookies on your website.
SAVE & ACCEPT